The Federation of Lakes of Val-des-Monts has put forward its most ambitious project for the protection and improvement of lake water quality in the Val-des-Monts area. The Val-des-Monts Integrated Watershed Management Project (PGLVDM) is a study of all the accessible and inhabited lakes of the Blanche-Ouest river watershed in Val-des-Monts as well as several lakes of the Lièvre river watershed. This project, spread over several years, allowed the characterization of shorelines and the monitoring of the water quality of all of the lakes under study. The PGLVDM was a first, but substantial, phase of the project to develop a Water Master Plan (PDE) in Val-des-Monts.

Several factors prompted the Federation to take the lead in using the strategy of integrated water management by watershed. First, it was desirable to set up a project that could benefit all of the lakes in the Val-des-Monts territory. In addition, it was deemed necessary to have a project that would touch on all of the issues related to the water resource, such as pollution, premature eutrophication of lakes, blue algae, invasive species introduced, beaver management, species at risk, recreotourism activities, agriculture, sewage in isolated residences, etc. It is also with a view to offering support and assistance to all water users and especially the next generations that the Federation joins forces in such a project.

The following list shows all the lakes characterized under the PGLVDM (IN FRENCH) : 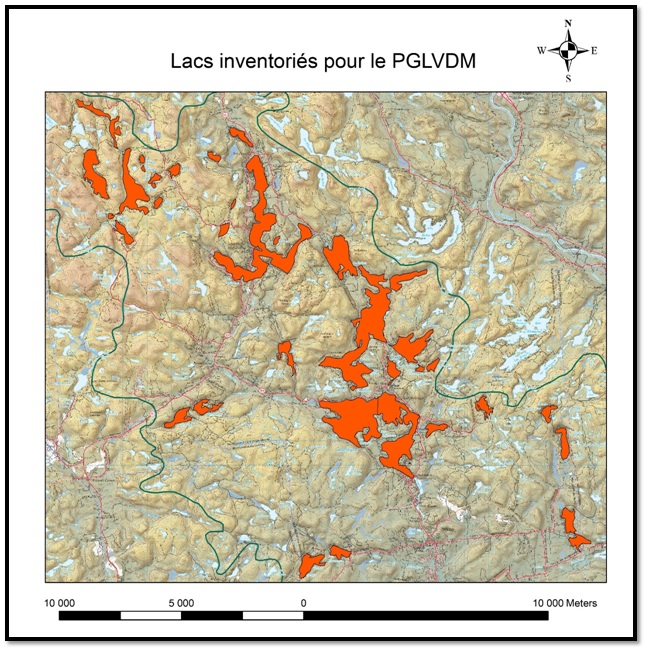 The “State of Aging Lakes” project was a success during the summer season 2015. Volunteers from 23 lakes and lake associations participated in the project. The project consisted of reproducing a mini voluntary network for monitoring lakes. Each group of volunteers was asked to sample total phosphorus, chlorophyll a and dissolved organic carbon while measuring water transparency three times during the summer. The sampling results obtained made it possible to classify the trophic level of these lakes and to illustrate the portrait on the premature aging of some of them. The project also provided presentations to the public to popularize sampling methods, their importance and the results obtained. In short, the state of aging of the lakes project made it possible to illustrate the portrait of the water quality of the lakes of Val-des-Monts and to raise awareness among residents and users of the importance of good environmental practices.

To know the aging state of the lakes under study, please consult the following reports (IN FRENCH):

May is the month of the tree!

The distribution of free trees for lake associations and the citizens of Val-des-Monts takes place in May each year. 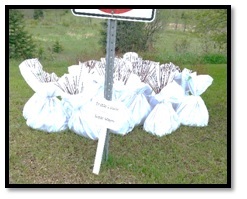 There are no events

Don't miss a thing
in Val-des-monts
Federation of Lakes of Val-des-Monts 2015. All rights reserved. Website by Distantia